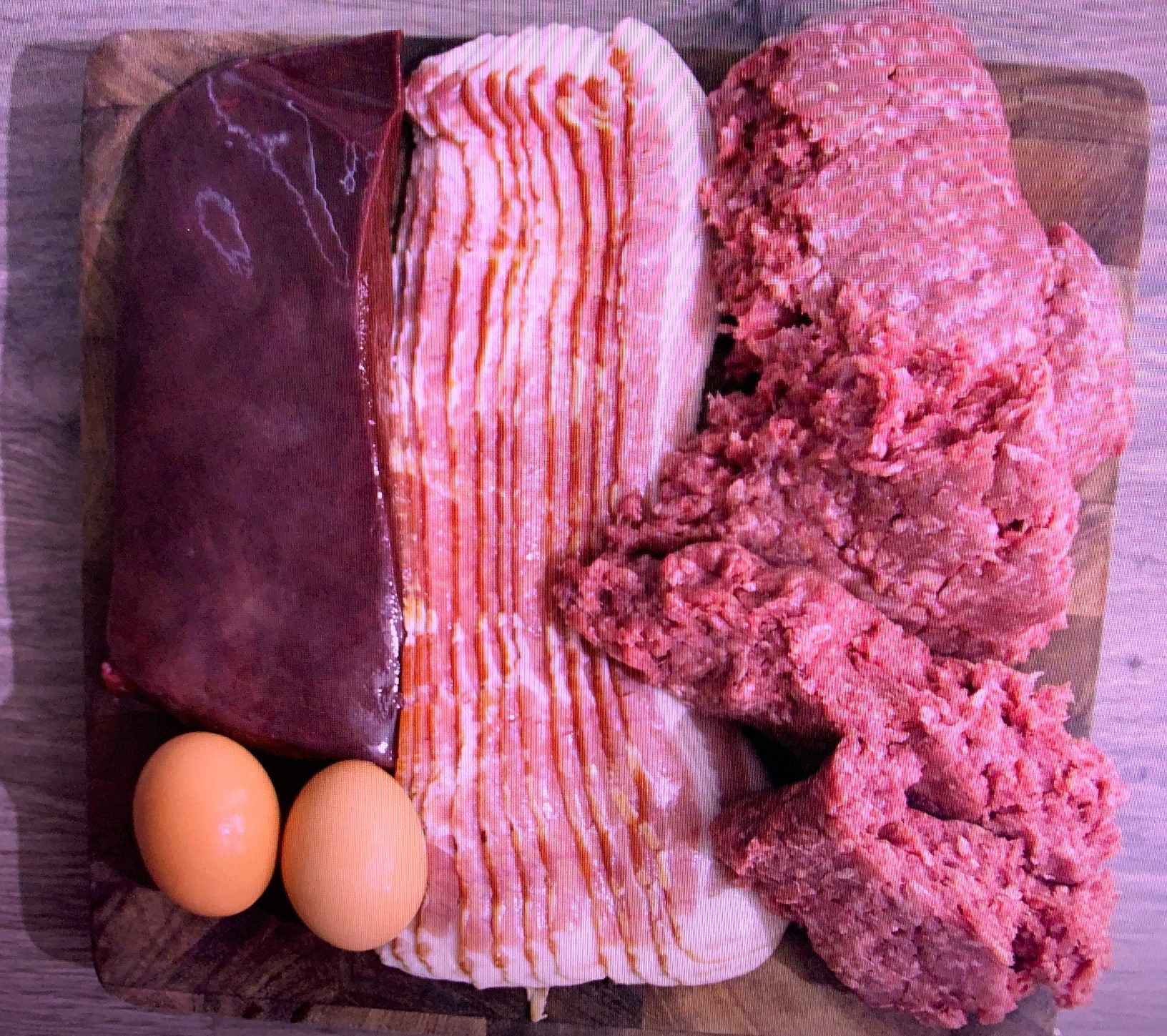 When I started eating keto, then carnivore, I quickly ran into people talking about the health benefits of liver. I also remembered my grandfather loving liver as a dish. So I got excited and bought a bunch of liver. It’s so cheap–why not?

Then realized I had no idea what to do with it. It was weird-looking and slimy. I heated up a skillet and threw the liver on it. I couldn’t tell whether it was done, but it had been a while, so I took it out and tried it. Terrible. Overcooked, crumbly, dry, with a strong taste and strange texture.

After that, I let the rest of the liver I had bought go bad in the back of the fridge out of sheer embarrassment. It took me a little while to work up the courage to try again.

When I finally got up the courage to try again, I decided to mix the liver with other meats and flavors to mask some of the unpleasant taste and texture of the liver. The result was this meatball recipe. And it is so good! If you did not already know the liver was in there, you would have no idea (believe me, we’ve given these to unsuspecting family members who could not taste anything off).

I eventually went back to cooking entire livers on the skillet, albeit with much more skill. Even though the liver is subtle in these meatballs, I think it helped me become accustomed to the taste of the liver. Now I crave it.

Here is all you need to create a savory, addictive, and hugely nutritious way to incorporate some liver into your diet. You will also need a food processor or another way to grind meat too, unless you want to take the time to mince the liver by hand.

As you can see, it’s not complicated. The entire process will take you about 20 minutes. You can also vary the ratio of liver:ground beef: bacon to suit your tastes. Be careful adding too much liver, however, as it can make the mixture too liquid to form into balls or patties.

Print Recipe
Liver Meatballs
This fast, simple recipe makes it easy to incorporate liver into your diet, especially if you don't care for the stronger taste of organ meat. Making it with bacon (and cooking it in lard) has the added nutritional benefit of adding additional Vitamin D, which helps balance the high Vitamin A in the Liver. 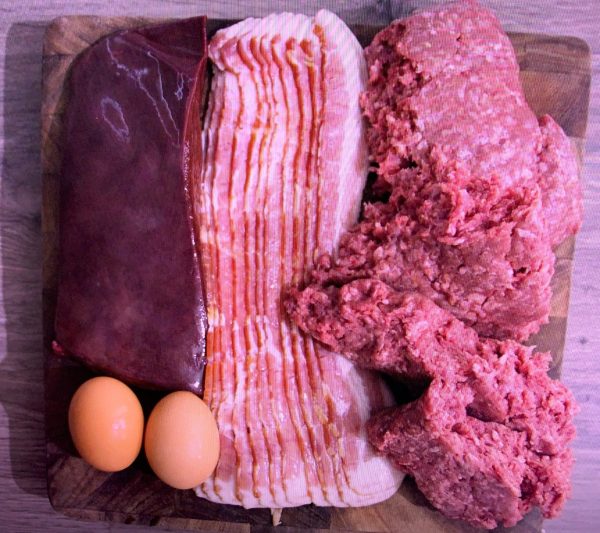 The above instructions will leave you with a bowl of mixed ground meat. I like to form it into meatballs and cook them on a cast-iron skillet, using the bacon fat I reserved earlier. But you can do anything you want with it. Andrea forms it into patties and cooks it on the grill. I’ve also made baked meatballs in the oven very successfully.

Depending on the quality of your meat, you could eat this raw. Therefore, I offer no fixed recommendations on how to cook it. Cook it to your taste. If you use commercial-quality ground beef or eggs, I would cook it through in order to minimize the risk of food-borne illness. I find that that the sweet spot for me is about a medium to medium-rare; warm throughout, but not completely cooked. You can cook on whatever heat you like; there won’t be any issues of tenderness if you choose to cook quickly on high heat